of my Husband and Sweetheart

My happiest memory is probably when Steve was rolling Marcus around in his arms and Marcus was just laughing, a lot of babies wouldn’t necessarily have coped with that but he was just laughing.

I remember when we went to Angel Falls, I was able to get to the base camp on the river and could see Angel Falls from there, but I couldn’t walk to the bottom of the falls from there. Steve could and did. Steve’s original plan was to propose to me below the falls, as he couldn’t do this, he videoed the proposal there and played it back to me at the base camp. I didn’t want him to waste battery playing the video back, but I was soon glad he did, a very memorable moment that was and treasured memory that is. I wasn’t expecting him to propose, it came as a surprise to me, I was nearly speechless, but managed to say Yes, Yes, Yes and I’m still glad I did.

Steve just made me laugh by being himself, he got me and I got him when it came to jokes and his larking about. That really is a big miss now, his humour and jokes are impossible to replicate because they were so much a part of him and our relationship.

Beach, Waves and the YMCA:

I don’t remember the exact location now, it was in somewhere in Mexico during our delayed honeymoon, I was in the water with waves splashing over me, and I was just so happy and saying thank you for bringing me here Steve. When we got back to the hotel Steve started to dance to the YMCA song, though as he was Steve his actions were ruder than the proper ones, at that time I felt like the luckiest lady alive to be with him, and told him so. Very special.

An extra big wave came up the beach, everyone had to suddenly move up the beach belongings and all. For us this included dragging my wheelchair up the beach, so everyone was concentrating on doing this, not watching others, apart from Steve. Steve noticed a movement and then a man walking away unexpectedly fast from where we were, he quickly checked around and realised our camera bag was missing, so being Steve, he immediately chased after the man, who was a beach drinks seller, got the camera’s back from him, took a bottle of drink as compensation and gave him a whack as punishment. The reaction of the people nearby was, good punch, in other words the guy got what he deserved.

One of the joys of his life was his Classic American Cars, he so enjoyed taking me out in them, whether in Sheffield or on longer trips to places like Skegness.

Steve as a Dad:

Steve was a natural dad, and he had to do more than his share of the parenting due to my disability, though I did my bit. I really appreciate that he took over the night duties alone once Marcus got to 6 weeks old, it meant I could recuperate and did not get more and more tired and my health did not deteriorate quickly then. He took on more so I could appreciate motherhood, something else he also gave me.

He was a helpful boyfriend, he was a good cook, I always enjoyed the food he made. He was also good at cleaning, though not at doing the pots after dinner.

Steve gave me self-belief, he convinced me that I would get better and that life was worth living. Steve’s love did that, it made me believe in myself and the future. I did so much extra in my life because of that extra belief, because of Steve. There are so many memories of our travels to, Angel Falls, Iguassu Falls, Galapagos, Easter Island, Mexico and the experiences I had like swimming with dolphins and manatees.

During the pregnancy, Steve called the bump Bishop Desmond Tutu as he didn’t want the baby to have a name that other children would take the micky out of. He told this to the nurse when I was in labour in hospital, and then when the baby was born, he said “Welcome to the world Marcus” to which the nurse replied “What happened to Bishop Desmond Tutu?”

The memories of the Florida Keys are numerous, it’s a general thing that Steve gave me by taking me to his, our place out there for 6 weeks to 3 months a year. He helped me stave off the progression of MS by giving me that sunshine and swimming and the joy of being with him there. I was able to relax and take in everything, the sunset at Key West, shooting stars in the clear night sky, enjoying them for the first time was magical. Though I wasn’t so happy the first year when he told me the white lie the first year, that we were only going for 2 weeks when it was more like 4, I soon forgave him however.

We went swimming on our first date; on the way out, I thought I thought he had hold of the wheelchair, but he didn’t so I shot off down the ramp. Fortunately, I did manage to stop myself with my hands and arms but it was quite a hair-raising moment, but we still went out again.

Once after we’d been having a good time, ok we’d been having sex, I shit myself, I was mortified. Steve rather than be angry put the nappy on his head and made me laugh. This was a clean nappy I hasten to add, I knew then that Steve was the man for me as he made me laugh at the most embarrassing moment ever. That says it all about Steve to me, he could change his and other’s moods instantly. 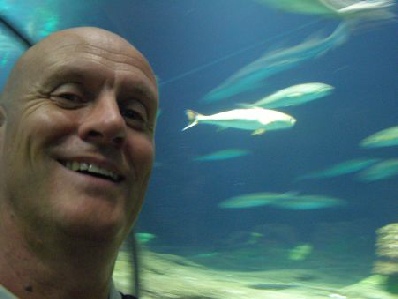 Shortly after we got engaged Steve proposed again, this time on Galapagos. He proposed not to me again, but to a Giant Tortoise called Ranger. Steve was however turned down on this occasion though, on the grounds of bad breath and scaly skin.

In Galapagos, the ultimate trip, we went between the Islands on a small boat, which was helpful for me as the crew got me on and off the islands, the health and safety worries of a large liner were just not there. Its fortunate that it was a small boat as one time near one island I felt the urgent need to go, so I said to Steve “throw me in the water”, fortunately he understood immediately and chucked me in the sea just in time for the business that needed to be done. Steve understood my needs immediately, he always did, amazing man.

After Galapagos we flew to Santiago, Chile, from there we were going onto Easter Island after a days rest. Unfortunately we made the mistake of going back to altitude in Quito. Altitude plus tiredness led to me standing up in the plane, whilst we were at 36,000 feet, screaming and then having massive diahorrea. Steve’s reaction was to pick me up and carry me into the first-class toilet, as it was the closest and just get me cleaned and into new clothes, which I fortunately had on hand. With minimal fuss Steve coped easily, got what needs to be done, done. That was my Steve, in a crisis he always coped well and he was there for me again.

Over the years I caused Steve a lot of stress but he stuck by me through it all, my wonderful man. 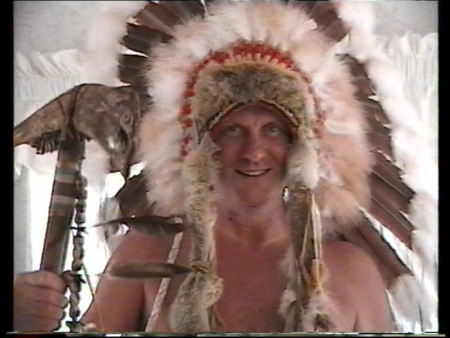 Onto others memories of Steve

In Florida there is a nice pool at Venture Out, where our Unit is. I was the champion at swimming the furthest underwater in this pool; but Steve swam further than I did underwater at our local Upperthorpe Baths in Sheffield. I think it shows the Florida sun and swimming every day did me good; either that or I’m solar powered. Thank you Steve, for giving me Florida.

1. Whenever my carers or the district nurses arrived, he would shout “incoming”.

2. He would come into my room and talk to me and the carers, starting by saying in a friendly way “Now then you bastards”, though he’d never say that to my mum.

3. My mum was just jestingly told to “Bugger off, you Bugger”; so often in fact that she bought Steve a mug with bugger orf written on it, as recent Christmas gift.

4. He would say to me “Are you kicking off now” if I was getting into a disagreement with the carer on duty.

Rummage sales are a bit like our car boot sales, Steve was the king of rummaging. He managed to get nearly everything for our place in Florida from rummage sales. We spent many a memorable hour rummaging on the Keys.

One time when we went to the Evergaldes, Steve carried me up this to and up this big tower. I thought I wouldn’t be able to go up as we’d rushed and forgotten my wheelchair, but Steve incredibly carried me to it, up it and back again. My strong Steve didn’t drop me or throw me to the alligators.

I do of course have many more great memories of Steve than the few I have noted above, a great number of them are recorded within MY LIFE POEM

I WILL ALWAYS LOVE YOU STEVE